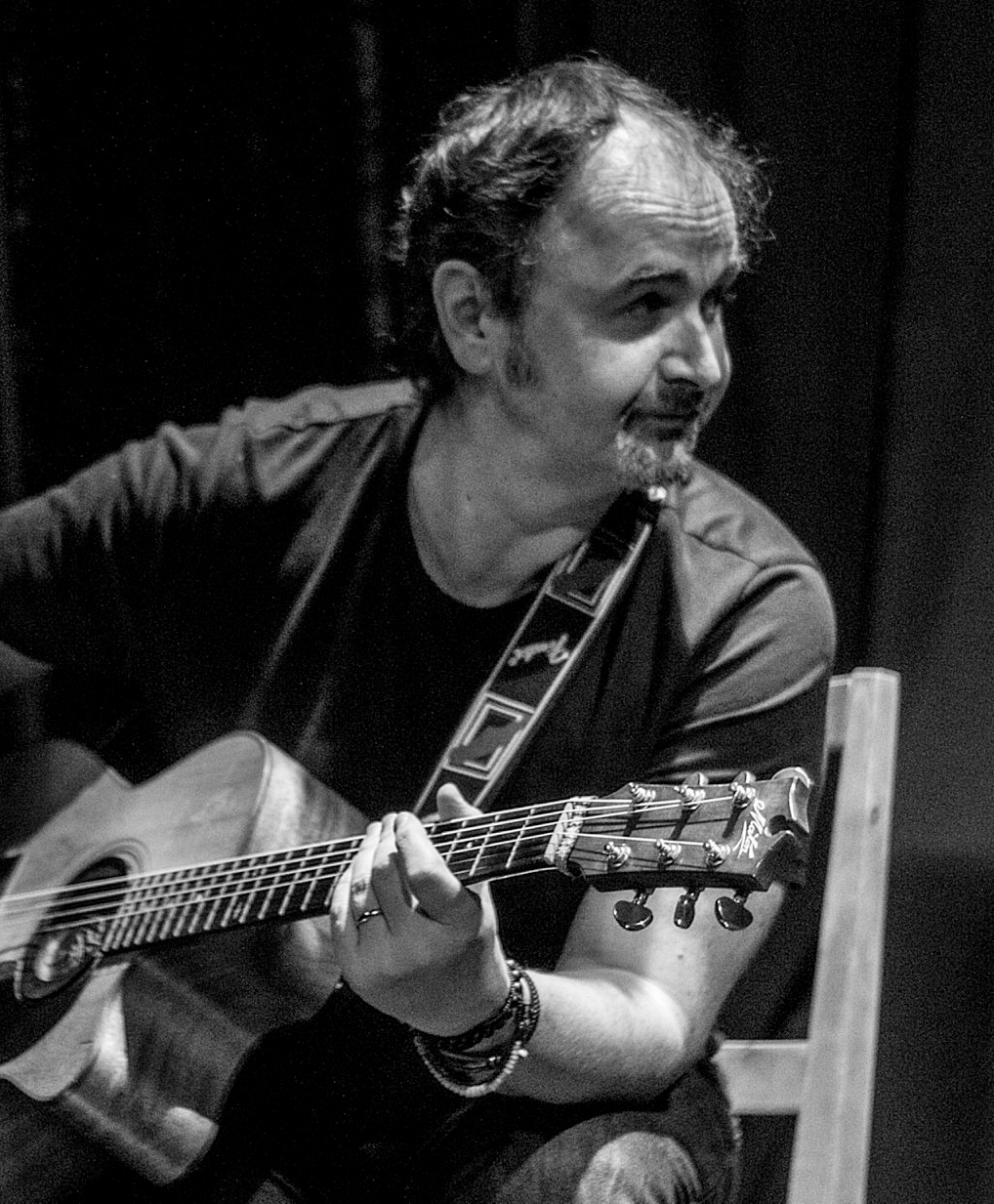 Norbi Kovács was born in 1968 in Šaľa, Slovakia and grew up in Šahy-on the border of Slovakia and Hungary. He moved to Prague in 1992 and has been playing ever since with various bands – Red wine, Plazma and with a number of performers – Radůza, Petr Skoumal or Mário Bihárim.

He composes music for advertising, theater and also for films (soundtrack of U mě dobrý – Right with me; Occam’s Razor; The Second Life of Jitka K.; Parents forever etc.). He is currently member of the Ivan Hlas Trio, Lokomotiva , and Kybabu  groups.

In 2013 he released the solo instrumental album ‘Takžetak – So There You Go’ which was followed in 2019 by ‘13:31’, which are based on classical guitar forms such as ragtime, folk, a bit of blues, there are also traces of gypsy jazz or flamenco. In addition to music, his big hobby is photography . He has already had several successful exhibitions.

Novelties of recent months are Norbi’s solo acoustic concerts, where he performs his own compositions.