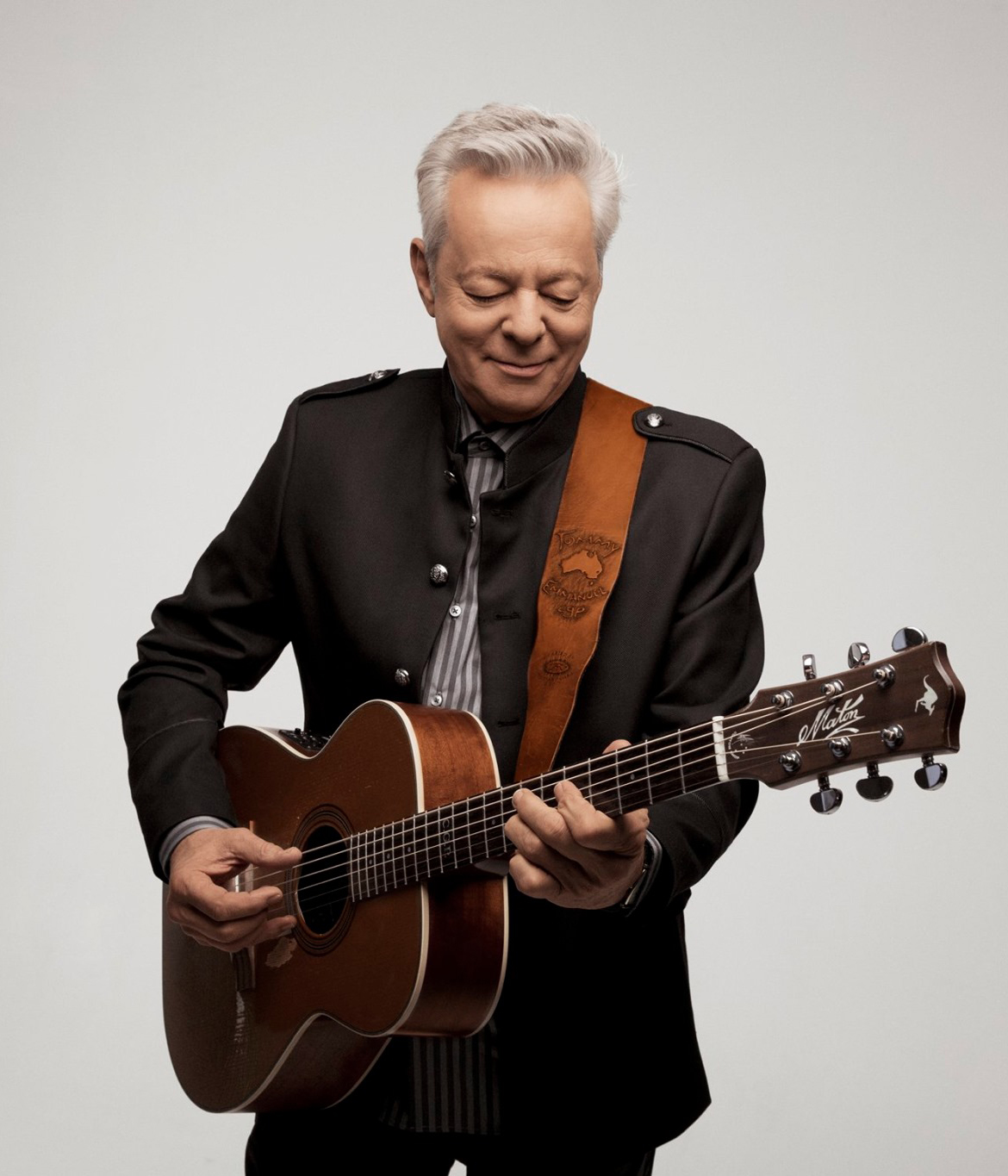 Tommy Emmanuel has achieved enough musical milestones to satisfy several lifetimes. Or at least they would if he was the kind of artist who was ever satisfied. At the age of six, he was touring regional Australia with his family band. By 30, he was a rock n’ roll lead guitarist burning up stadiums in Europe. At 44, he became one of five people ever named a Certified Guitar Player by his idol, music icon Chet Atkins. Today, he plays hundreds of sold-out shows every year from Nashville to Sydney to London. All the while, Tommy has hungered for what’s next. When you’re widely acknowledged as the international master of the solo acoustic guitar, what’s next is an album of collaborations with some of the finest singers, songwriters and, yes, guitarists alive today. “For me, music has always been about collaboration–the push and pull you get from another human being’s energy,” explains Tommy. “Even when I play solo, it feels like I’m playing to the emotions I’m getting from the crowd. To feel the love or the joy or the hope coming through these other pickers and singers was electric–I played in ways I never would on my own.” Accomplice One is a testament to Tommy’s musical diversity, the range of expression that stretches from authentic country-blues to face-melting rock shredding, by way of tender and devastating pure song playing. The songs are a mix of new takes on indelible classics and brand new originals from Tommy and his collaborators. The artists who stepped forward to join Tommy in the studio are an impressive list of some of today’s most respected performers, from across the musical spectrum–a lineup including Jason Isbell, Mark Knopfler, Rodney Crowell, Jerry Douglas, Amanda Shires, Ricky Skaggs, J.D. Simo, David Grisman, Bryan Sutton, Suzy Bogguss and many more. This is an album for all types of Tommy Emmanuel fan–from longtime guitar aficionados who’ve followed his career for decades, to lovers of great songs and melodies who flock to Tommy’s shows for the emotional authenticity driving every performance.